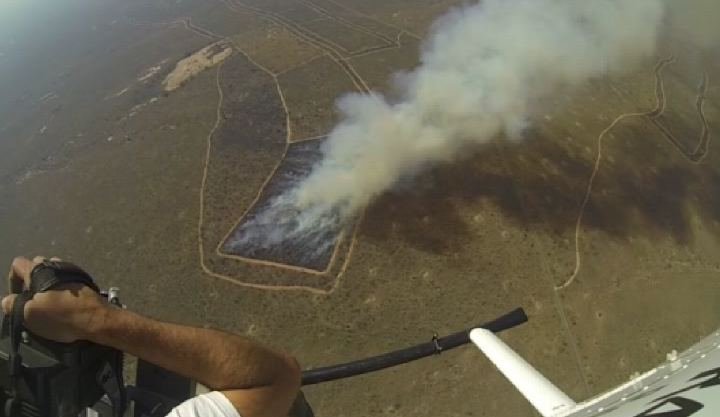 This fieldwork was organized in Kruger National Park in 2014 by a team leaded by Martin Wooster from the department of Geography of KCL. An Agema 550 Middle InfraRed (MIR) camera, an Optris 400 Long Wave InfraRed (LWIR) camera, and a IR-modified Gopro HD2 were operated simultaneously from a helicopted hoveing above the bruning plot.

We show here current work performed on the georeferencing of the collected images. In particular we show warped images from the LWIR and the IR-modified cameras. For each camera, all images were warped on the first image using only feature points from the background. No Ground Control Points (GCPs) are needed at this stage. The final georeferencing can then be done knowing only GCP on the first image (not shown here).

The quality control of the warped images is based on mean value of the structural similarity (SSIM) index which measure local similarity between consecutive warped images (see left bottom plot in above animations). Red points in top right plot show feature locations used for each new images while bottom right plot shows their matches in the last 10 succesfully warped images. In this latter plot, among the 10 available wapred reference images, only the one howing the best similarity with the current image is shown.